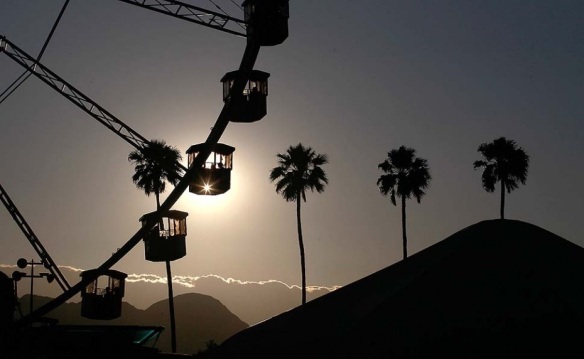 Besides The Postal Service reunion, I had no strong desire to be at Coachella, so I chose to watch the Youtube stream from my own home all weekend. In case anyone can’t tell, I LOVE streaming things. Technology is fantastic, and while the stream was much choppier than last year’s Bonnaroo stream, it got the point across. Things I learned from watching all weekend:

– I really need a new stool for the computer. This one is rickety and fake leather and all the buttons on top popped off so you sit on little metal circles. I can’t work like this.

–Cloud Nothings rule. I’ve only seen them in little dark places, so was very curious how they would do in the day on a huge stage. They killed it.

– thank goodness for 3 Channels of music, because a lot of it was stuff I have seen in the past year and not been impressed with

– Jake Bugg continues to be awesome as can be

– I do not get why everyone likes the xx or James Blake, I try and try but they both make me bored instantly

– if there is one thing people like to do at Coachella, it’s putting their hands in the air

– people LOVE The Lumineers, they played for their biggest audience ever

– a friend worked on the Daft Punk teaser video

– R. Kelly can do no wrong in my book apparently. Dude pees on a minor, and I’m still freaking and loving him onstage with Phoenix doing a “1901” and “Ignition” mash-up, and it worked!

– they apparently had great drugs. The clips of the electronic acts were mesmerizing and repulsive, saw a lot of eyes rolled in the back of heads. YEAH! BASS IN YO FACE

– best festival fashion ever since many can afford to trash designer stuff in Southern California. Absurd amount of flower crowns but at least I like them. High waisted denim shorts are now called Coachella shorts, which is BS, Austin’s been running that fashion game for years!

– Tame Impala should tour with a wind machine always

– Danny DeVito is a good twitterer: Danny Devito at Coachella

– Ty Segall jumped onstage with Thee Oh Sees but they weren’t shown on the stream. Coachella Director!! Please show them next weekend! 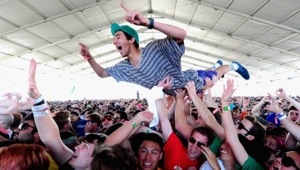 – crowd surfing is still strong in California, and there are more tanned, muscled, tank top wearing, gang sign throwing yo-bro dudes than I ever imagined….