Lancaster County, Pennsylvania has always been on my list of places to visit, and when Phish played there last year I got to see some Mennonites at the show, but never got to explore the area. In my head it’s this magical place where carts and buggies live in harmony with automobiles, cats and dogs walking side by side, and rising young band The Districts from the area sound exactly like what I imagine is played in little fictional town squares there. They’ve got an Americana sound that has more oomph to it than past popular rootsy bands like Mumford & Sons, the blues and indie rock slants sound fresh and unique in comparison, and it’s pretty hard to believe they are teenagers; Rob Grote’s vocals drip with wisdom and thoughtfulness and crackle with emotion. Harmonica and slide guitar smooth things out while bright full percussion bring a steady beat to their music that should have festival crowds going nuts in the future. They are playing here in Denver at Lost Lake on Mar. 16th, I imagine they will never play a show here that small again. I could easily see them getting scooped as an opener on some Red Rocks summer night if their trajectory stays on course. Listen to their single “Funeral Beds” here and stream the whole album at their Bandcamp linked below.

As New York’s psych folk rock act Woods‘ sound constantly evolves, it bears to note that it always evolves for the better. The new single “Leaves Like Glass” from their upcoming album With Light and with Love has a perfect, sunshine-y, jangly spring sound that will be perfectly timed with its April 15th release date. Dylan-esque vocal inflections mix with beautiful organ chords and tambourine to create a perfect pop gem that is at once joyful as well as melancholy and bittersweet; the music builds gracefully before reaching a blissful crescendo.

pho to by Russ Simon

First off, highly suggest Wings Over the Rockies museum at Lowry Air Base in Denver. Cool stuff, sweet retired military men telling you stories, and some really fun lighting to shoot.

I compiled a list of “jam bands to watch out for in 2014” for the Westword, and it was my best performing article yet. I figured many people were tired of listening to the same old stuff. Do not be deterred by the words jam bands, these are just straight up funky, rocking bands that get a little loose. Their music feel alive:

Mike Donovan sounds like a city punk who went to the country and found out he fits right in. Former member of the grittier Sic Alps, he shows himself to be an extremely capable singer/songwriter with this solo effort. The single “Do Do Ya” has such a great guitar twang background slinking up the half step melody, sounding like early Rolling Stones honky tonk. His soft, almost muted at times guitar tone is gorgeous on opening track “New Fieldhand Bop” as he strums just ahead of the beat, sliding each note into place and giving the whole thing some sass.

The tempo of “Fly Them Yourself” drags too slow for my taste, but the energy is high on most tracks, “Sic Ballad” having a soulful “Hey Joe” reminiscent verse; electric guitar sounding just properly dirty enough. The spaghetti western horns and slide guitar of “Sexual Reassignment Surgery Blues” gives serious credence to a song that could be seen as novelty. “MP3 Farm” has a forceful downward strummed rhythm that begs for getting down, and a simple acoustic major key solo. Overall, it’s a really well produced album, he can write beautiful songs, and he sounds good singing them.

Mike Donovan “Do Do Ya” video

When you see over twenty tracks listed, you think either someone has a lot to say, or they need an editor. Cass McCombs is the former, his sound is so pleasing and easy going he could have recorded a box set and it would have all been listenable. With Mike Gordon of Phish playing bass here and there, the thumping backbone of the rhythm section lets his vocals echo and wisp above it all while remaining strong and direct. “Big Wheel” trucks along strong, a beat similar to “When the Levee Breaks” chugging on as Cass purrs seductively with the slightest sneer. The slide is used to maximum beautiful effect in “Angel Blood”, amazing AM pop hooks that remind me of early Beatles through it and the remainder of the album. Some tracks are more segments of songs, as McCombs seems to be sharing any idea he had at the time, fully formed or not. “Brighter!” appears twice, a melancholy song that sounds like it would have fit in on the Twin Peaks soundtrack, and then having cult actress Karen Black take over the vocals the second time around, giving the song and even eerier turn as her final performance before succumbing to cancer.

“There Can Be Only One” has a very Velvet Underground feel to it with the flat story telling vocal delivery, bouncy bass from Mike Gordon (Go Cactus!) and shimmying drums from Furthur’s Joe Russo sprinkling all over the album. “Name Written on Water” is as close to an homage to Bob Dylan as you can get, the repeating Watchtower sounding rhythm growing stronger and stronger as his snarky delivery questions life. The production on this album is great, warm with a vintage feel that just sounds so damn pleasant. This is one of the better and more prolific songwriters out there right now, and with his galley of talented collaborative friends, there’s no telling the body of work he will create in his lifetime.

“There Can Be Only One” with Mike Gordon:

Last night, Donna the Buffalo played to a full, happy crowd at the Oriental Theater in Denver. These veterans of the Americana scene are a group of highly professional and technically talented musicians, and the onstage unspoken language between them is a comfort and joy to watch. With the help of the psychedelic lights the Oriental has, I was able to get some fun shots of the band while they took turns showing off their prowess. 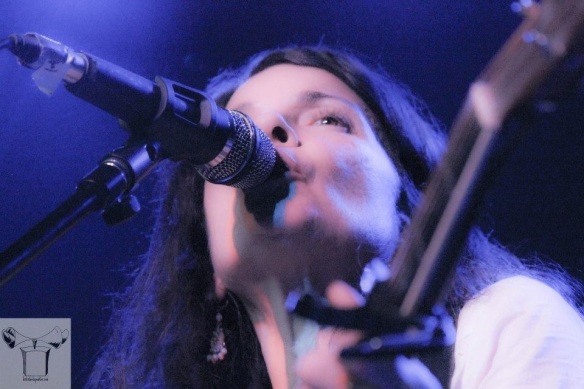 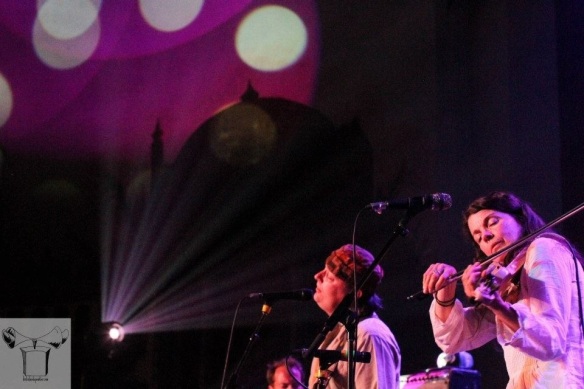 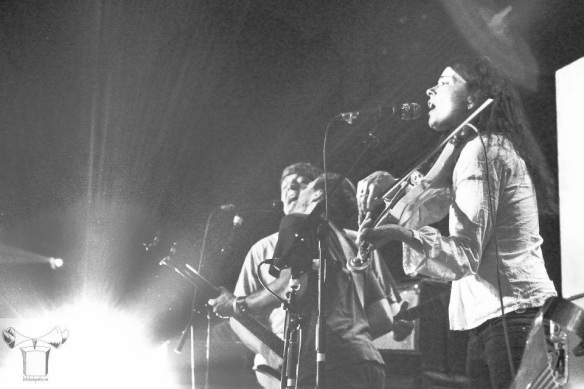 Tonight at Oriental Theater in the Highlands, Donna The Buffalo bring their fine-tuned brand of roots music back to Denver. Recorded in an old, rustic church, they debuted their new studio album Tonight, Tomorrow and Yesterday on June 18th with Sugar Hill Records, shot to #12 on the Americana charts, and I hear the new material is fantastic live. Great start to the Yonder Mountain String Band at Red Rocks weekend we have here in Denver this weekend! Check out their other tour dates and the new album at their website: Donna The Buffalo Website

Let’s hope there is a Scramble Campbell appearance!