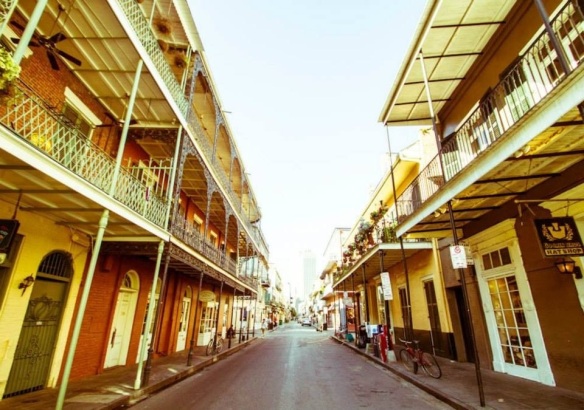 The French Quarter is so thick with history and juxtaposition, you don’t even need Bourbon Street alcohol to become intoxicated. I attended a wedding there a couple weekends ago, and it was my first time back since I quit drinking (today is 990 days, almost to 1,000!). Before the trip I was worried that I would have a frustrating time, but the second the plane landed and I heard the first Louisiana accent, all was at ease. My family goes back generations in Louisiana, and it felt like a warm hug just walking the streets that zillions of cousins had also pranced upon. I got up early to get some photos with minimal people in them; just dozens of skaters and German tour groups. 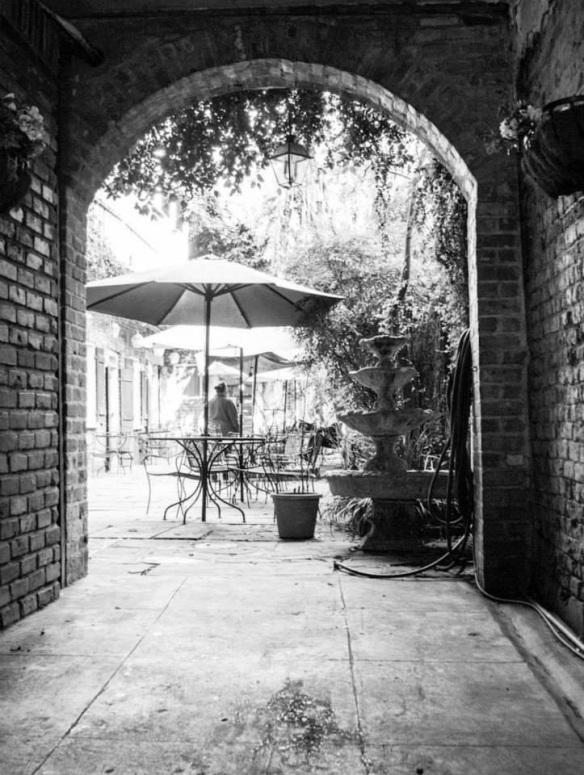 William Faulkner house. A literary tour came into the lovely quiet bookstore inside and the tour guide said “No one knows where the Creole people came from.” What? Almost wanted to take over the tour. Instead I went to the serene historical Catholic church next door and thought about loved ones, as these are my mornings now that they lack hangovers. 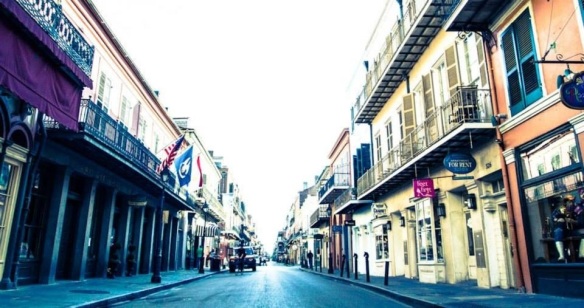 Jean Lafitte’s Blacksmith Shop- a bar you can still have a great time in even if you aren’t drinking. Just sit in the dark, cool back of the bar and soak in the history. This place is so mythical to me, that I once lived in an old Victorian carriage home that looked like it:

Always have to pay respect and sit and judge people with Ignatius from The Confederacy of Dunces.

Of course, you can’t forget the music. Preservation Jazz Hall was invigorating and fresh as always, but the street buskers stole my heart. I came across 13 Strings and a 2 Dollar Bill and immediately thought “that’s the prettiest girl I’ve ever seen” about The Notorious Nora Jean. The next day I came across them again, and she was tap-dancing on a wooden pallet while playing the mandolin and singing wearing the cutest Gunne Sax dress. Not to dwell on her looks and style, but I admit that I’ve been wearing railroad stripes, hats, black and dusty boots ever since. They are everything you’d want in a traveling busker duo: 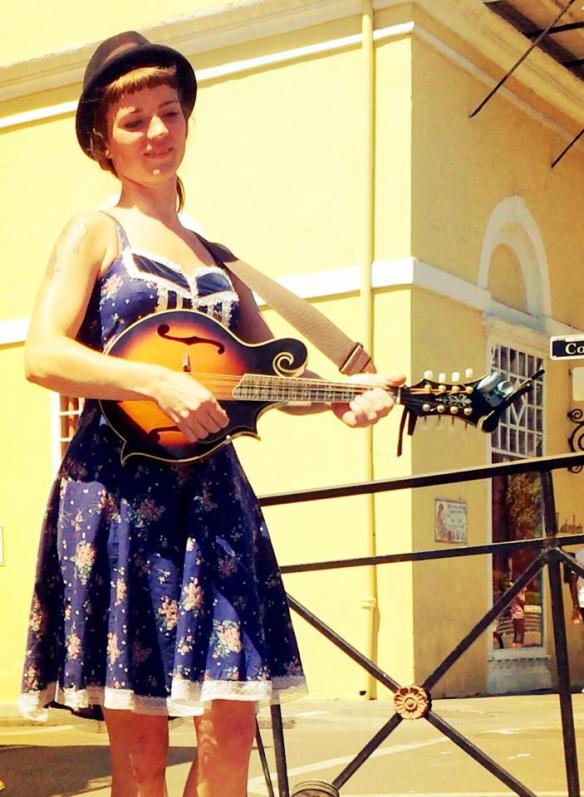 I’m a sucker for an outfit shot in an alley, and the wedding at the House of Blues more than provided. Dress by MSGM