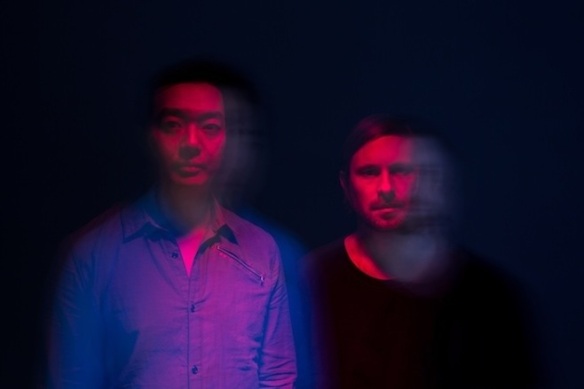 This noisy UK duo finally have a new album coming out July 23, and oh is it good, immediately grabs you. These guys sure can make a lot of noise for two people, and the new album “Slow Focus” is no different, also being the first album of theirs that they produced. They got a huge amount of attention when a few of their songs were played by Danny Boyle during the crazy London Olympic opening ceremony, but they didn’t water down their sound for the masses with the new release, thankfully. Here is the Olympic Ceremony Link 2012, where most Americans were first introduced to them. Then listen to and watch the video for new track: The Red Wing . Pretty commanding stuff. There’s only seven songs on this album, but they are often pretty long, these guys aren’t afraid to take their time making a point.

I’d shelve this new album next to Flaming Lips “The Terror” in the end-of-the-world genre, beats this heavy and aggressively driving go best with the apocalypse.