ZZ Ward is absolutely soaring. In March I watched her play to a small but excited group of mostly industry folks at SXSW, then a couple months ago got to shoot her sold out show at the Gothic. Last night she was already back for another sold out show at the Ogden, and her charisma is so strong she could easily handle Red Rocks. Talent and chops galore, she kills the blues on guitar, harmonica and keys, and we haven’t even gotten to her vocals. One thing I have noticed with her very dedicated fanbase is that she has managed to grab a lot of the people that are into R&B, and with chops close to Christina Aguilera’s, she doesn’t dissapoint them either. Last night included a special guest appearance by DW, her blues musician father that got her into this whole mess. The show exceeded the recent Gothic show, and really showed that the sky is the limit for ZZ. 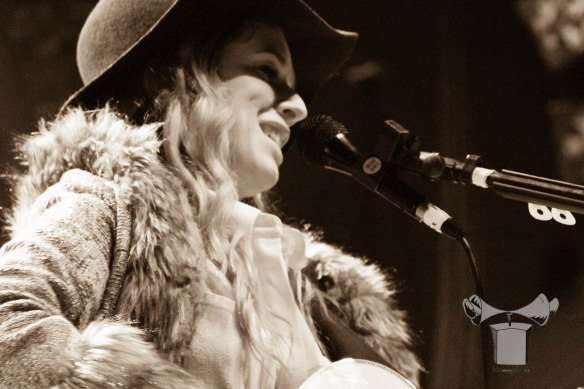